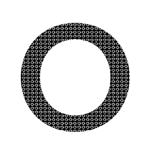 EEarly arly-2015 Snapchat was exploding on campuses. It heralded a new age of private and ephemeral messaging that has only become more and more popular as news of privacy breaches has also exploded across every industry. If Snapchat was the golden child of Venice Beach, there was another app that was quickly and silently climbing the ranks and spreading throughout schools around North America. If you weren’t within the circle, you probably wouldn't have heard about it - and that’s exactly what the app was all about. Yik Yak also had the same values of privacy as Snapchat, however the app was a very very crude, simple, and bug-filled app with a lot of room to grow…and a lot of room to eventually tumble.

I was interested in the growing trend of hyperlocal and ephemeral community based apps - and wanted to try my hand at it - but this time empowered with the knowledge and skill I gained from working on The Sugar App and Watchville.

There was also a growing trend of Facebook groups and Twitter accounts that would anonymously post things that they “overheard” on campuses - ranging from funny, relatable problems in the classroom to direct shoutouts to people they liked. It was the biggest online communities on campuses around the world and something I wanted to transform into an app.

Not a hard project. Another standard mobile app, server, database project - which I was then able to pull together quickly because of my past experiences working on the 4 others app/server/database projects I had released in the 2 years prior. The technical requirements were to post an anonymous piece of text or image, to have the ability to upvote or downvote the posts, and that was it. The first version of the app came together over the course of 1 month and was released on Android and iOS in March of 2015.

Overheard was a quick project that I didn't puruse to its fullest potential.

I didn’t pursue Overheard to its full extent as I was also working on a messaging app for Twitter Direct Messages at the time, and unfortunately was way more excited about the prospects and hard work required to make Twitter Messages come to life.

There was a joint Snapchat stories feature - but once Snapchat released their own version of shared stories I knew I wasn't invested or motivated to pursue this idea and I sunsetted the app. The app was received to a lukewarm reception with around 700 active users on the University of Guelph version, but I am proud of what I was able to accomplish.